The Role of Seams In Software Architecture.
By Philip (@pbwinston) | Saturday, March 13, 2021

I first came across the seam metaphor for software architecture in Jurgen Appelo’s book Management 3.0. I loved his book, although I always felt that the title sold it short. I felt the backbone of complexity and systems theory might fall flat for pointy-haired bosses. 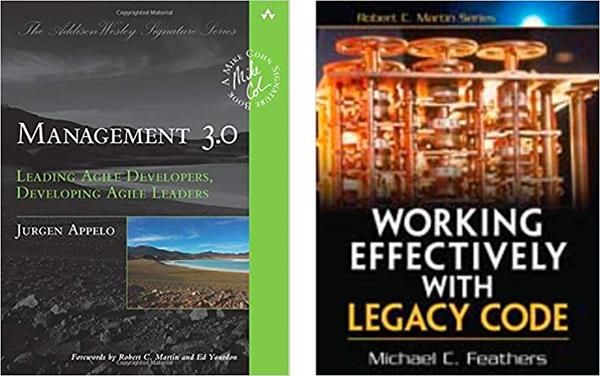 Michael Feathers in Working Effectively With Legacy Code also used a seam metaphor. I’m not sure if the idea originated with Feathers, or if it had been kicking around the industry before that.

The seam metaphor is wonderful because it draws not so much on sewing, but on our base intuitions about how physical objects interact and behave. So even without any sewing experience I think it’s meaningful and useful.

On the site Craft Elf, you can find a sewing pattern of a really simple fleece teddy bear. The pattern is below on the left. You cut two pieces of fleece in the shape of that pattern and then pretty much just sew them together to make the bear on the right. 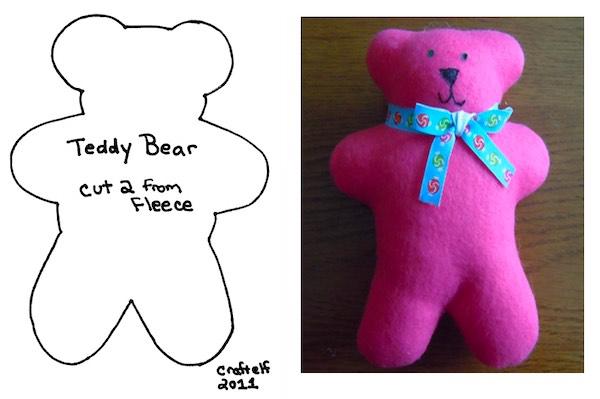 In contrast, on the website How Joyful there is a more elaborate tutorial with a printable pattern for teddy bear called The Joyful Bear.

Below is just a small portion of the pattern along with the finished product. Clearly this bear requires more work and skill, but the resulting cute little bear is far closer to an iconic teddy bear, so the end result is more impressive. 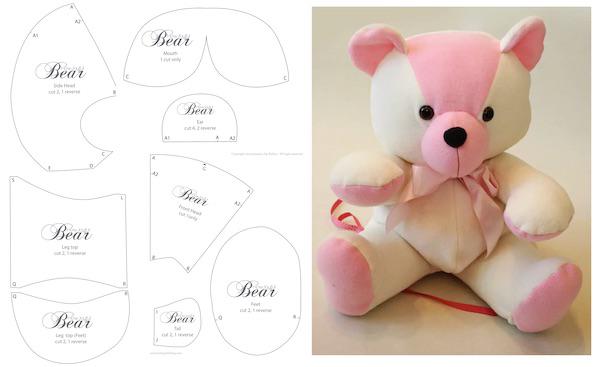 Now imagine a third bear which has three times the number of pieces as the Joyful Bear, but suppose we are aiming for the same basic look as our final result.

Not only would cutting and sewing this mega-bear take vastly longer, the final result would be inferior. Much of the cuteness of the bear would be ruined if there were dozens of unnecessary seams, and it would be much less soft to the touch.

Let these three bears remind you that your architecture needs to have the right number of pieces. Too few and you cannot produce the necessary functionality, but too many and you be spending extra effort to produce a worse result.

The metaphor works even better when you think about extending or growing a software system. As you add to the system some changes will go in easily, similar to making a modification at a seam, while others will be harder and messier, more like cutting directly into cloth and dealing with the disruption.

One of my favorite definitions of good architecture is that in a system with good architecture the effort required to add features to the codebase is in line with reasonable expectations. This usually means the architecture was created with appropriate seams where new code can be easily inserted.

In contrast, if the stakeholders ask for a minor tweak and the engineering team says it will take three weeks of intensive development, something is seriously wrong.

An interesting thing about software is that there really is no upper limit to complexity. It’s not uncommon for systems to contain 200,000 lines, 2 million lines, 20 million lines, or more. Google reportedly has over 2 billion lines of code and presumably their 130,000 employees are pounding out more every day.

Unlike with sewing, there’s no limit to the size of software systems, since developers are building castles in the air with no physical constraints.

Let’s look at two quick concrete examples of how seams appear in real software. Here’s a small bit of code: 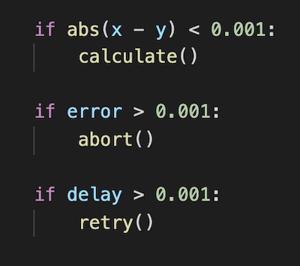 The number 0.001 here is so called magic number. Magic numbers are generally a bad idea in programming. We call it “magic” because while it presumably makes the software function correctly, there’s no indication what the number really means or why it was chosen.

Repeating the number 0.001 over and over is violation the programming guideline Don’t Repeat Yourself (DRY). Sometimes duplication is beneficial, but not in this case, especially if the number appears in dozens of different files. So let’s factor out the 0.001 and give it a name: 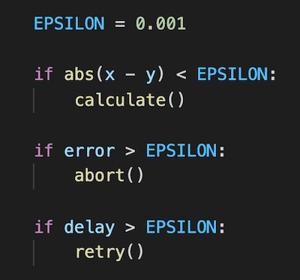 We’ve eliminated the duplication by introducing a name, albeit a very generic one. Therefore we’ve created a seam. We can now adjust EPSILON in one place and not have to modify many files.

However, we might have made a mistake. Perhaps the first two 0.001 values represented the same geometric tolerance in meters, but maybe the third 0.001 was an interval of time in seconds, as the variable name delay implied.

In this case, using one EPSILON constant is like the fleece bear, it’s too simple for our goals, it will work initially but it will be hard to change. Instead, let’s get rid of the magic numbers by introducing two seams instead of just one: 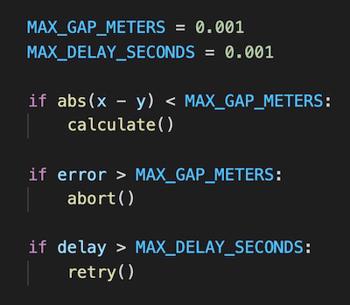 Now we can tweak each value independently. The design is now appropriate for the problem we are trying to solve. This is more like the Joyful Bear.

When we use a third-party library or API it presents an even better opportunity to see the role of seams. For example, suppose we call into Amazon’s AWS create_bucket function from multiple places in our code base like:

That doesn’t look horrible, but what if these calls were scattered throughout a few dozen files? Then to change how we interact with the API we would have to change all of those files.

That would produce a complicated diff, and worse, it would be easy to make a mistake. You might change one location incorrectly, or forget to change another location entirely. Instead, let’s create our own create_bucket function which wraps Amazon’s:

This introduces a very nice seam into the system. Now, if we want to add functionality related to creating buckets, we only have to change this one single function instead of mucking with dozens of files. For example, let’s add some error handling and logging to our function:

This is starting to look complicated, but the code is safely tucked inside a seam. Most of the system does not have to know or care about these details. We can add more functionality easily, and even better the calls sites are now simpler and more expressive than when we started:

A less experienced programmer might have trouble visualizing the existing seams in a system and might not know when or how to introduce new seams. They might be more inclined to just add individual lines of code to get their feature finished so they can move on the to the next thing.

However, if everyone is adding stuffing and no one is creating new seams, you will end up with a giant fleece bear that’s difficult to understand, debug, modify and extend. And worse, a bear which probably does not solve the underlying problem as well as you’d like.

Instead, you need to enhance and evolve the architecture of the code by carefully adding new structure as you go. One of the most important ways to keep a large growing system under control is to never stop adding structure. You should never get lulled into just stuffing in one new feature after the other, you should never stop being creative.

You need to be diligent, you need to always work hard to come up with new abstractions and then implement them in a nice way. That is, you need to be willing to cut cloth when necessary, but do it purposefully and deliberately and carefully, do it to make useful structural changes.

Realize that your careful work is doubly important. Your work not only helps you make the changes you want to make in that moment, it will impact the work of those who come after you, potentially years after you. Others who may not even realize that you are still there, gently guiding them from the past.