You might have the wrong idea about confidence.
By Philip (@pbwinston) | Sunday, April 12, 2020

I sometimes see people asking how they can be more confident. For instance, how is it that I’m confident enough to start a new company right in the middle of the COVID-19 crisis? 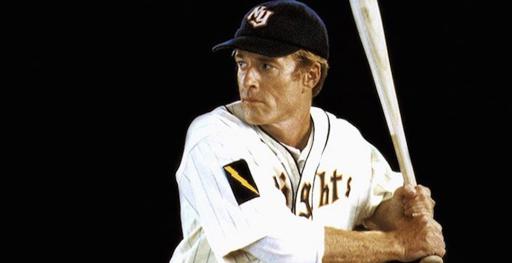 Robert Redford as Roy Hobbs in The Natural, released in 1984.

Imagine a baseball player at bat in the bottom of the ninth where one hit will win the game. If his self-worth is tied to winning the game, if everything hinges on that outcome, then he’s perched on a knife blade between wild success and wretched failure. You can’t do your best work on a knife blade! You might even pass out!

The reason all this matters is it lowers the stakes. Yes he wants the win, he’s playing to win, but it’s just a game, and just one single game at that. Given this cold equanimity he can face the pitcher with pure unhurried undivided attention, undistracted by fantasies of success or the anxiety of failure.

He’s insanely calm, supernaturally calm others will say. He’s staring unblinkingly at the pitcher, but he doesn’t have tunnel vision, he has a relaxed open awareness of everything that’s happening around him. To him it looks like the pitcher is moving in slow motion. His whole brain is dedicated to the task at hand, there’s literally nothing else going on in his mind.

He’s faced down pitchers like this thousands of times before and this one is no different. He will do the best that he can physically do today, this night, this at bat, and that’s all he can do, all anyone can do.